SMA Genetic Testing and IVF Could Save Over $3.8M per Patient vs. Novartis Gene Therapy 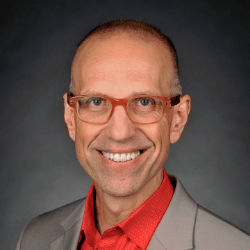 With Novartis’ new treatment for spinal muscular atrophy (SMA) projected to exceed $4 million per patient, Dr. Mark Trolice of Fertility CARE: The IVF Center advocates for genetic tests and IVF that can prevent the disease at 1/25 the cost.

(Orlando, FL) February 05, 2019 – Pharmaceutical company Novartis made headlines in 2018 with a new gene therapy to treat spinal muscular atrophy (SMA) type 1—the leading genetic cause of infant mortality, which in 90% of cases leads to death or permanent ventilation support within 24 months.(1) Its success in trials not only earned Priority Review status from the U.S. Food and Drug Administration(1) but could result in a price tag of over $4 million per treatment.(2, 3) Dr. Mark P. Trolice, Director of Fertility CARE: The IVF Center, counters that preimplantation genetic testing for monogenic defects (PGT-M) and in-vitro fertilization (IVF) could eliminate SMA before pregnancy for a fraction of the cost. He sees great promise in Australia’s new carrier screening project and subsidized IVF,(4) and hopes the United States will explore similar initiatives.

Among the SMA type 1 patients in Novartis’ AVXS-101 gene therapy trial, 100% remained “event-free” during the 24-month study period—meaning none died or required permanent ventilation support—compared to only 8% in a natural history study.(1) Novartis contends this success rate justifies charging $4 million per one-time treatment.(2, 3) That means it would cost at least $5 billion to treat the roughly 1,300 existing SMA type 1 patients within the United States,(2) and an additional $1.6 billion for the 400 U.S. infants diagnosed with the condition each year.(3)

However, SMA is one of many disorders that can be identified in advance via genetic testing using PGT-M. Prospective parents can be screened to see if they carry the gene mutation that increases the risk of SMA. If both test positive, their child has a one in four chance of being born with the condition.(4) But if they choose to proceed with IVF and PGT-M, the disease can be diagnosed at the embryonic stage, prior to embryo implantation, and their fertility specialist can ensure only healthy embryos are transferred into their uterus. One analysis estimates an annual cost of $65 million to provide IVF and PGT-M for couples at risk of giving birth to children with SMA—which is 25 times less than the cost of treating 400 babies with Novartis’ AVXS-101 therapy each year.(3)

“Genetic testing and IVF can end the pain and heartbreak of losing infants to preventable conditions, while saving billions of dollars,” explained Dr. Trolice. He notes that PGT has an error rate of less than 1% and is currently used by Fertility CARE: The IVF Center to test for SMA, cystic fibrosis, Down syndrome, and other genetic disorders. “Primary care physicians and OB/GYNs can play a vital role in educating patients on the risks of genetically linked diseases, and they can drastically reduce occurrences by referring prospective parents for genetic testing before they start planning a family. In addition, insurers could realize significant cost benefits by covering genetic screening and IVF as compared to the expense of treating SMA and other birth defects.”

Dr. Trolice would like to see the United States implement a program similar to the Australian Reproductive Carrier Screening Project (ARCSP), which will test 10,000 couples for 500 genes associated with severe and/or terminal disorders that can be passed on to their children. The $20 million pilot study is part of the $500 million Australian Genomics Health Futures Mission, which will eventually offer subsidized IVF treatment to affected couples.(4) Israel also sponsors a national pre-pregnancy carrier screening program that tests for nearly 100 recessive conditions among some 60,000 people each year. (4)

“Many people assume IVF is used strictly as an infertility treatment; but when paired with genetic carrier screening and preimplantation genetic testing, it has the potential to change millions of lives for the better with significant cost savings” asserted Dr. Trolice. “When doctors partner with reproductive specialists to educate and counsel patients on genetic risks, we have the power to save children from painful and debilitating conditions, extend their life expectancy, and circumvent the financial and emotional burdens parents face when babies are born with devastating genetic disorders. And if governments and insurers begin investing in genetic testing and IVF, we can eradicate many of these costly genetic diseases for good.”

As the director of Central Florida’s most successful IVF program, Dr. Trolice is recognized as an expert in fertility treatments and genetic testing, and is frequently invited to share his insights through presentations, news and talk show interviews, and print and online publications. He and his team are committed to empowering patients with best-in-class reproductive care and educating them on all available options. To that end, Fertility CARE – The IVF Center hosts an extensive collection of patient resources—including videos, podcasts and informative articles—at http://TheIVFCenter.com.

About Fertility CARE: The IVF Center

Fertility CARE (Center of Assisted Reproduction and Endocrinology): The IVF Center provides patient-centered, evidence-based, and individually customized reproductive care in a comfortable and compassionate setting. This Central Florida IVF clinic is the most successful facility of its kind in the Orlando area, and consistently earns 5-star patient ratings in online reviews. Established in 2003 by founder and director Dr. Mark P. Trolice, it is the only fertility clinic in the country to offer both male and female testing, evaluation, and treatment. Today, the practice encompasses the Center for Male Infertility, headed by a fellowship-trained male reproductive specialist; the Mind/Body Institute, overseen by a licensed clinical reproductive psychologist; and the IVF Laboratory of Central Florida, led by a Board-certified high complexity laboratory director. Fertility CARE – The IVF Center offers a comprehensive range of infertility tests and treatment options as well as genetic testing, egg freezing with fertility preservation, egg donation, embryo cryopreservation, surrogacy and other services. For full details, visit http://TheIVFCenter.com.

Mark P. Trolice, M.D., is the founder and Director of Fertility CARE – The IVF Center. He also serves as Associate Professor of Obstetrics and Gynecology (OB/GYN) at the University of Central Florida College of Medicine in Orlando and Medical Director of the Egg Donor Program at Cryos International, the world’s largest sperm donor bank. Dr. Trolice is Board-certified in OB/GYN and reproductive endocrinology and infertility (REI), and he is a Fellow of the American Colleges of Obstetrics and Gynecology (FACOG), Surgeons (FACS), and Endocrinology (FACE). Renowned as Orlando’s most successful fertility specialist, Dr. Trolice and his wife battled infertility for over 10 years before adopting their children. This journey gave him unique insights into patients’ struggles and is included in his forthcoming book on infertility from Harvard Common Press. Dr. Trolice is a sought-after expert with dozens of broadcast and print appearances in addition to national acclaim as one of America’s Top Doctors® and repeat recipient of the American Medical Association’s “Physician’s Recognition Award”. In January 2019, he launched his “Fertility Health” podcast interviewing nationally renowned experts on vital topics in reproductive medicine. Learn why he has earned the trust of patients and physicians alike: http://marktrolicemd.com.

client news, joto pr
← WOMEN EARN 53% OF ALL DOCTORAL DEGREES BUT ONLY 1 IN 4 IN TECH
→ Manage Your PR Crisis BEFORE It Happens

Need COVID-19 Help? – SUBSCRIBE NOW!
You need to pivot during COVID-19—
We’re your real-time ANTI-PR resource.
Read the success stories of how business
thought leaders and experts are navigating
the COVID-19 crisis— and how your voice can help!
Subscribe now and thrive!

Crisis Is Our Wheelhouse

Working remotely is business as usual for us.
We haven’t hit pause on anything. In fact,
we’re going 24/7 right now, getting out the news
that will help people and our clients through
this difficult time. We’ve got this. Do you?