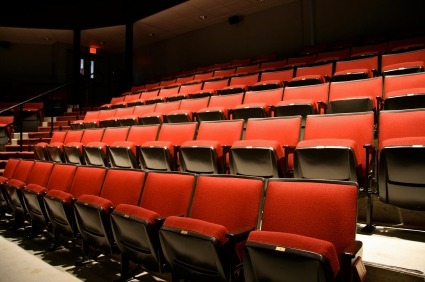 (Tampa Bay, FL)  — The East Coast Golden Age Theaterinvites you to dress in your best “40s formal” or “ocean cruise” on Saturday, September 1, from 6-8:30pm in the historic Fort Harrison (210 S. Ft. Harrison Ave., Downtown Clearwater) for a dinner-theater performance of a mystery set in the high seas, “Murder Afloat,” by L. Ron Hubbard. With killers and thieves free to commit murder and rapine aboard the S.S. Cubana, the story is about Bob Clark, an ace government operative, who sets out with singlehanded boldness to stop their reign of terror.

The East Coast Golden Age Theater’s own Joanie Sigal has been featured on television talk shows such as NBC and CBS.

On Saturday, September 1, the Fort Harrison will open its doors at 6 PM.  Dinner will be served by the Fort Harrison award-winning chefs.  Tickets are $40 for general seating in advance, $20 for children 12 and under, and $25 for students. Guests can take photos with the cast.

For more info or to reserve seats contact Linda Aldrete at (727) 467-6780 or email at eastcoastgoldenagetheater@gmail.com/.

About The East Coast Golden Age Theater & Stories from the Golden Age:
Stories from the Golden Age which contains 153 stories all written by Hubbard during the 1930s and 1940s—in genres ranging from Mystery, Thriller, Science Fiction and Fantasy, to Adventure and Western, using his own and fifteen pen names—widely considered America’s Golden Age of Fiction. The print version of each work includes the pulp fiction artwork that originally accompanied the story in magazine publication. In addition, each title offers a full-cast, unabridged audio theatrical presentation complete with theme music and sound effects.  Started in 2011 and modeled after the Golden Age Theater in Hollywood, the East Coast Golden Age Theater performs live readings of these acclaimed fiction works up and down the East Coast of the United States. For more information on scheduled performances, visit: www.eastcoastgoldenagetheater.com.