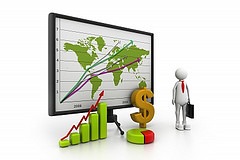 Preparing for a tough holiday shopping season, online retailers are beefing up their presence in online social media, said a recent study.

The National Retail Federation Shop.org’s eHoliday Study showed more than 47 percent of online retailers polled said they will be increasing their use of social media this holiday season, with an understanding that shoppers use Facebook and Twitter regularly and that those tools are more cost effective, said a news release.

“Retailers know that times are tough, so they have created promotions and incentives to help Americans save money this holiday season,” said Scott Silverman, executive director of Shop.org. “From free shipping to Facebook, online retailers are combining new initiatives with tried-and-true tactics to make their companies stand out.”

And as a result, nearly 46 percent of those polled expect holiday sales to increase by at least 15 percent over last year, while nearly 34 percent expect to grow up to 14 percent and more than 20 percent expect sales to be flat or decline, said the release.